The second night of november we finally caught up with Halloween, which originally was –  pretty inconveniently – in the middle of the week this year. So friday night was HallowSCREAM at Craig’s place!

And what a night it was. Although it didn’t start out too well, because neither of us really had an idea what to do or what to wear (scary costume was mandatory of course, and especially the host was taking the business rather seriously). Max’ choice than was a rotten undead with insanely creepy contact lenses and I wanted to dress up as the Mad Hatter. 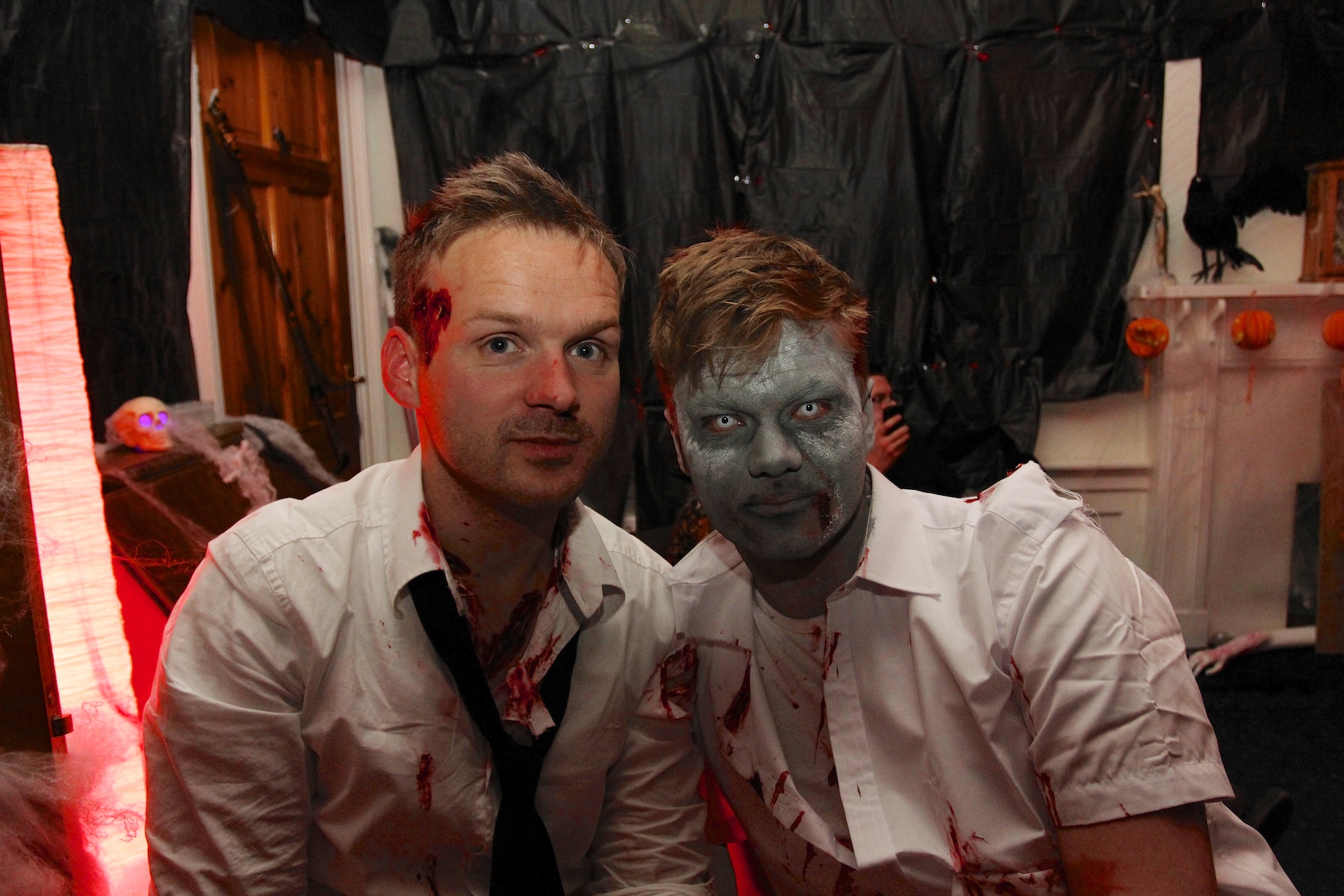 We got great contacts for Max, scary make-up, fake blood and everything, even cheap shirts to rip apart. But well, my plan didn’t work out since my costume just did not arrive on time – so I opted for a dead war region photo reporter (easy because I could use the stuff we already had, and this way I could at least smuggle in my camera without raising questions – with hindsight I’d say that nobody even noticed though). 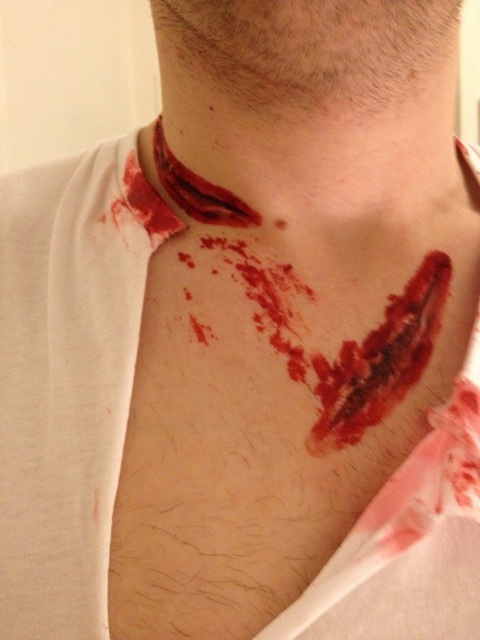 Some people might not know this, but I do not like to dress up. Not at all.

But I have to admit, that putting on fake blood and some wound tattoos, ripping shirts and jeans was a lot of fun! And it definitely pushed my excitement for the upcoming party.
We added the finishing touches especially to Max’ outfit at Freddie’s place (Max’ former flatmate), where we also met his canadian successor, Kim (and more people). She did a great job on Max’ rotten, crumbling zombie skin.

When everybody was done it was about time to party. So off to Craig’s.

They did one hell of a job transforming the place into a dark and gruesome halloween lair. Loads of people, loads of fun, good music, some really awesome costumes and frightening make-ups. Just a great, long party night. (And a very confident party host) 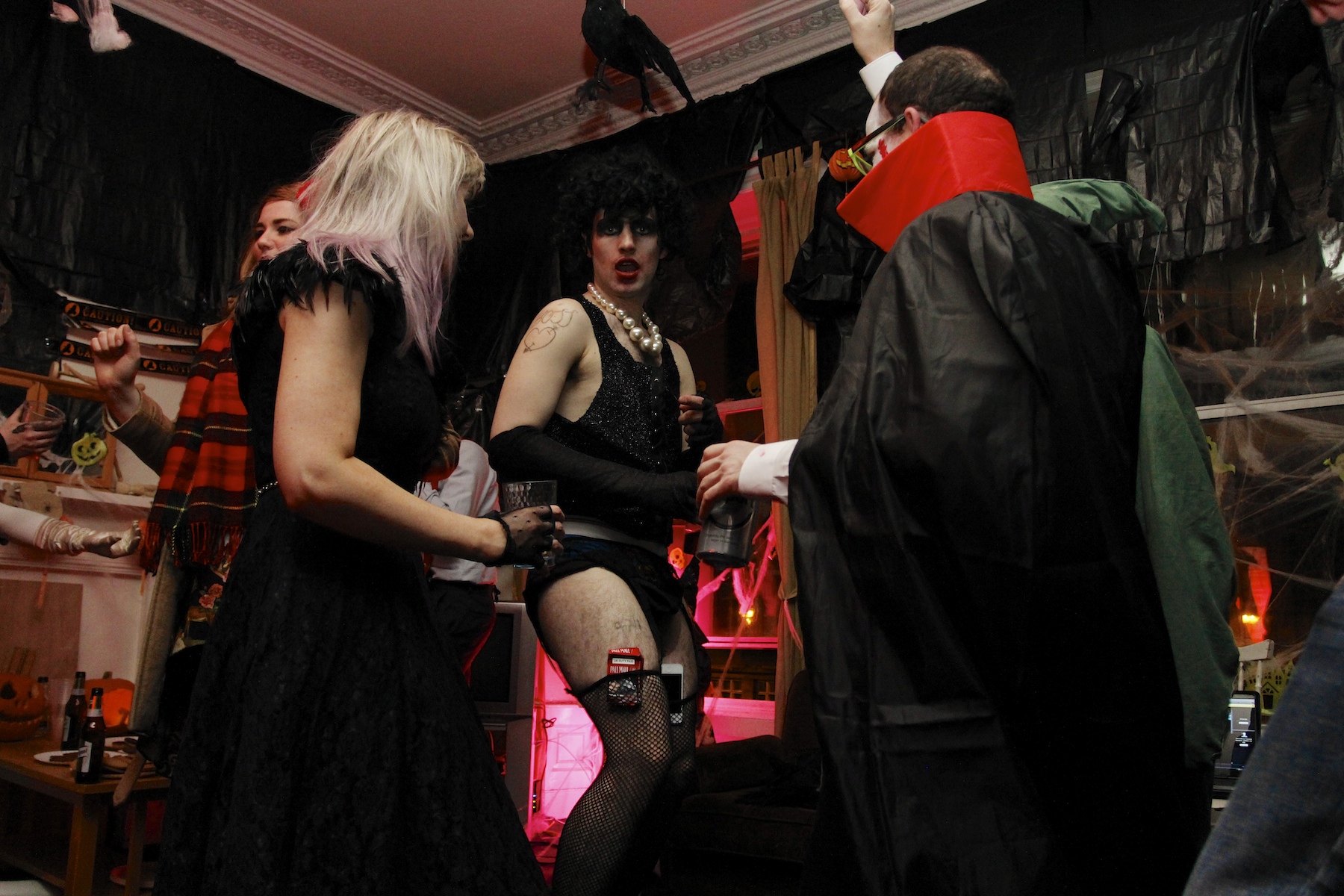 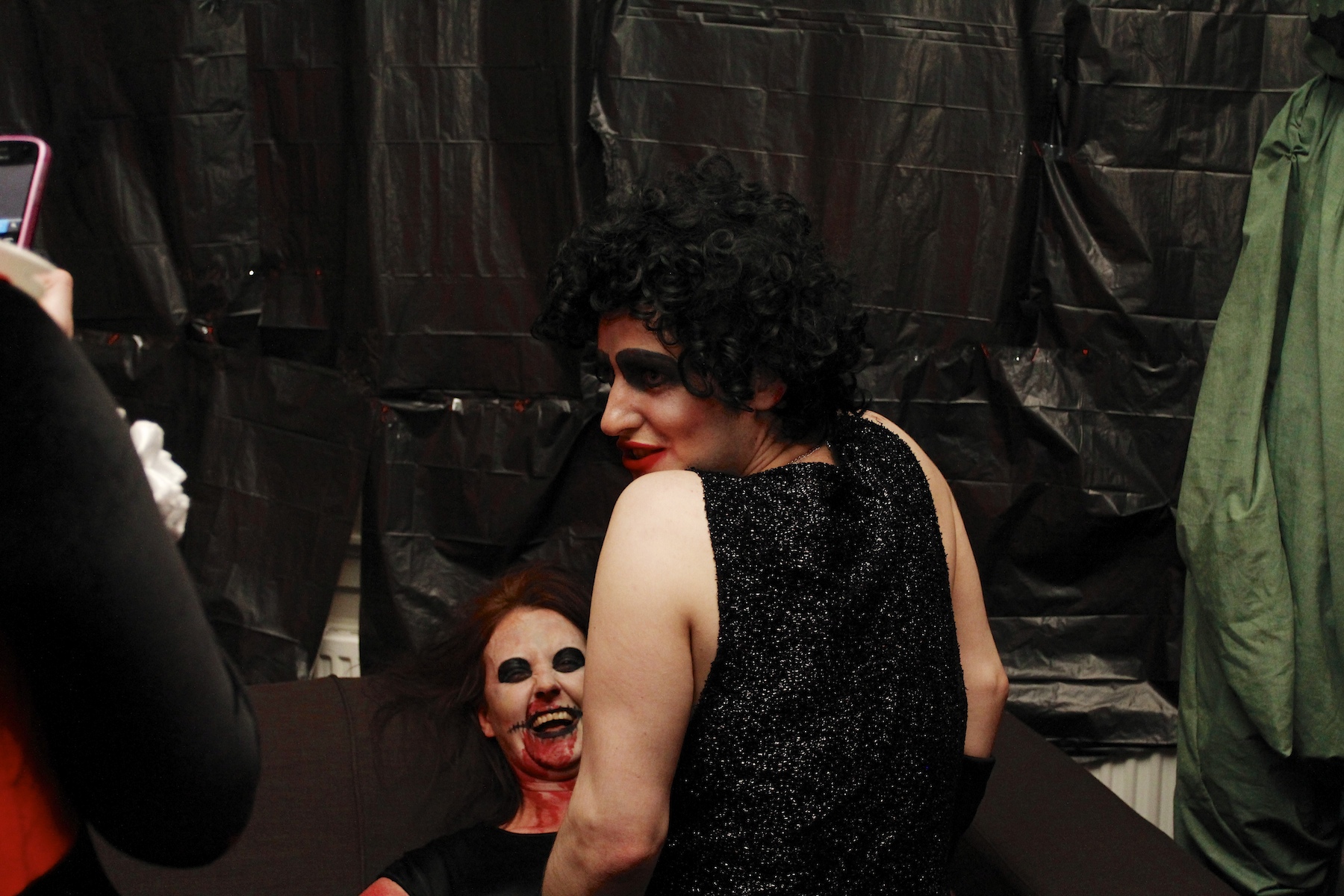 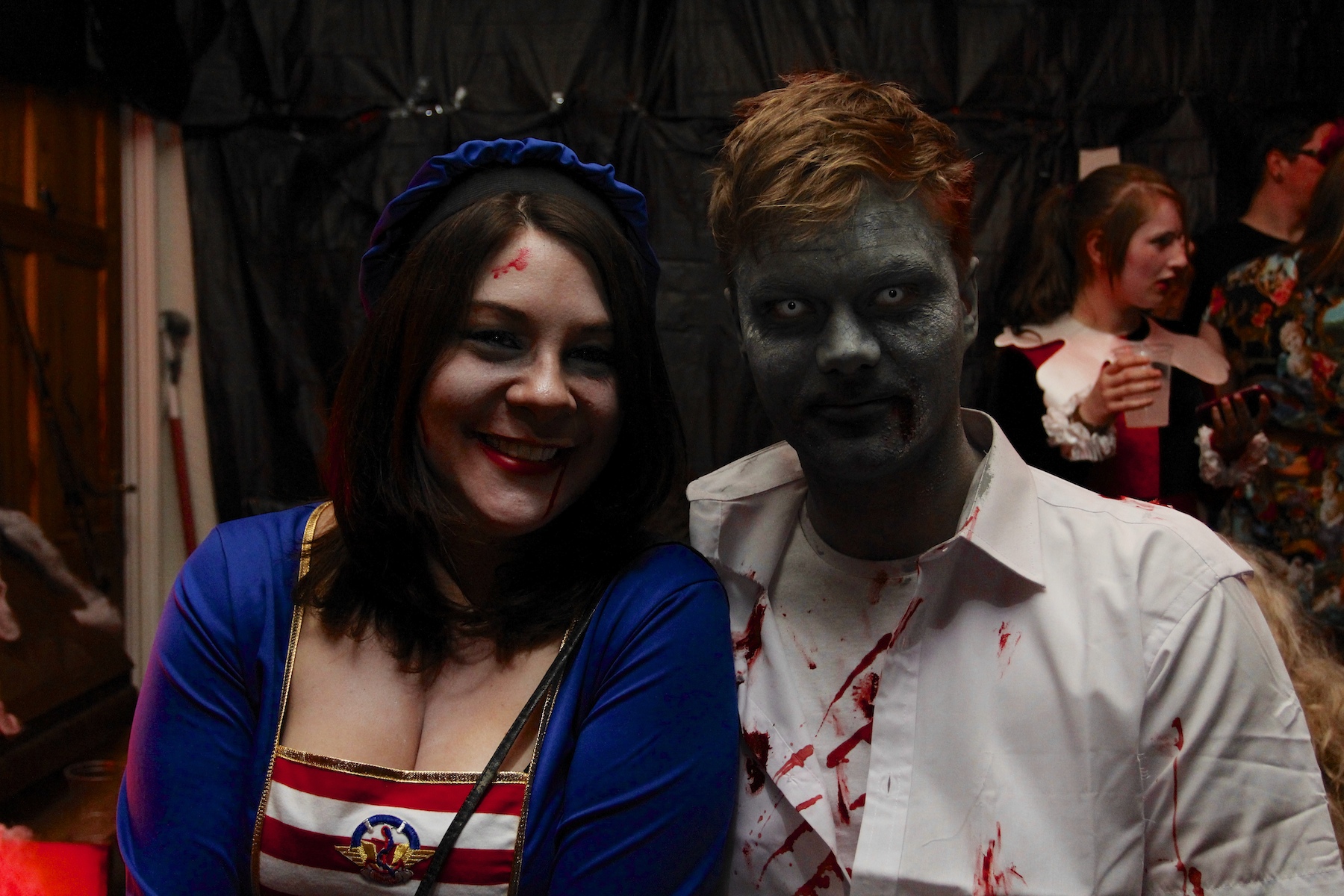 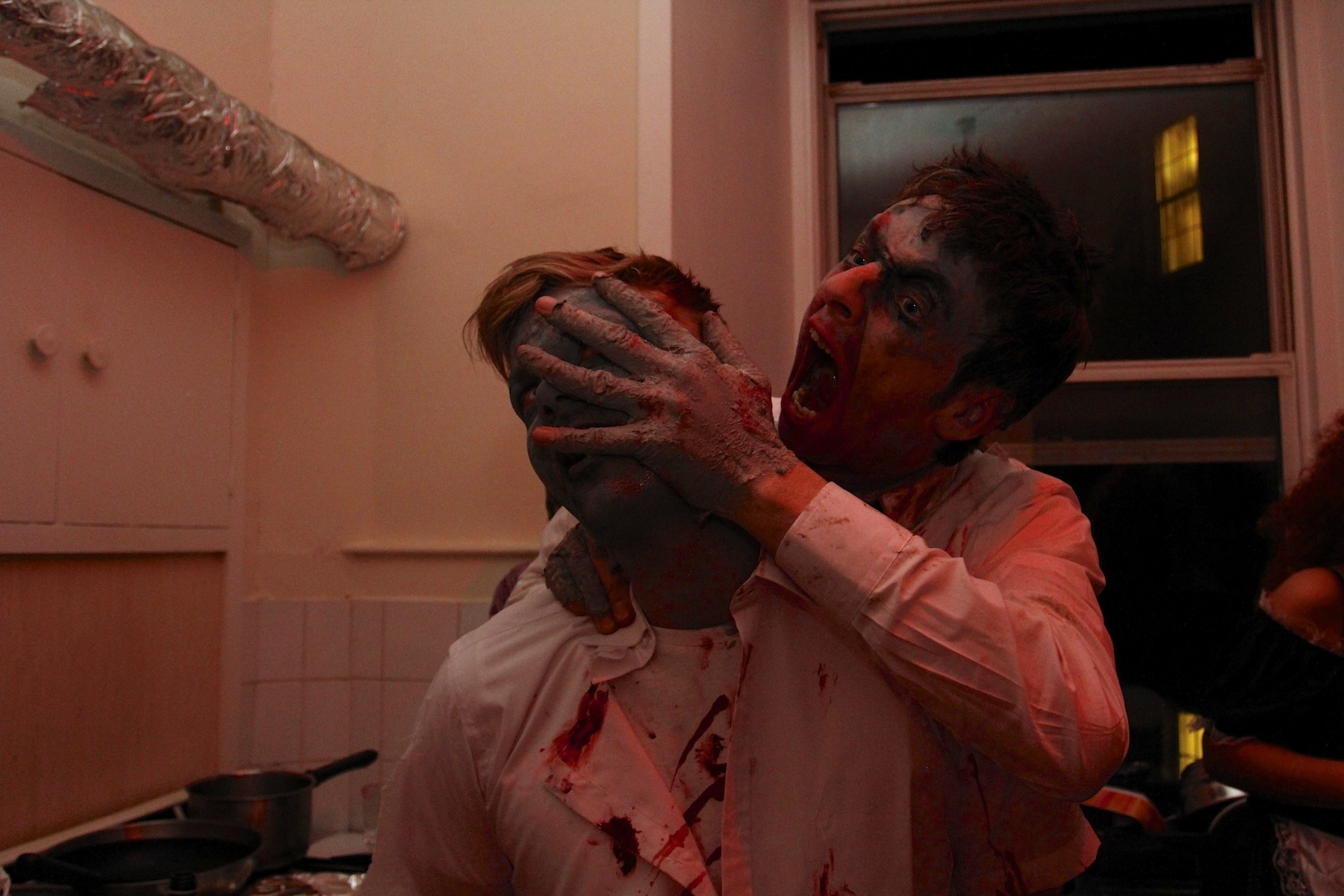 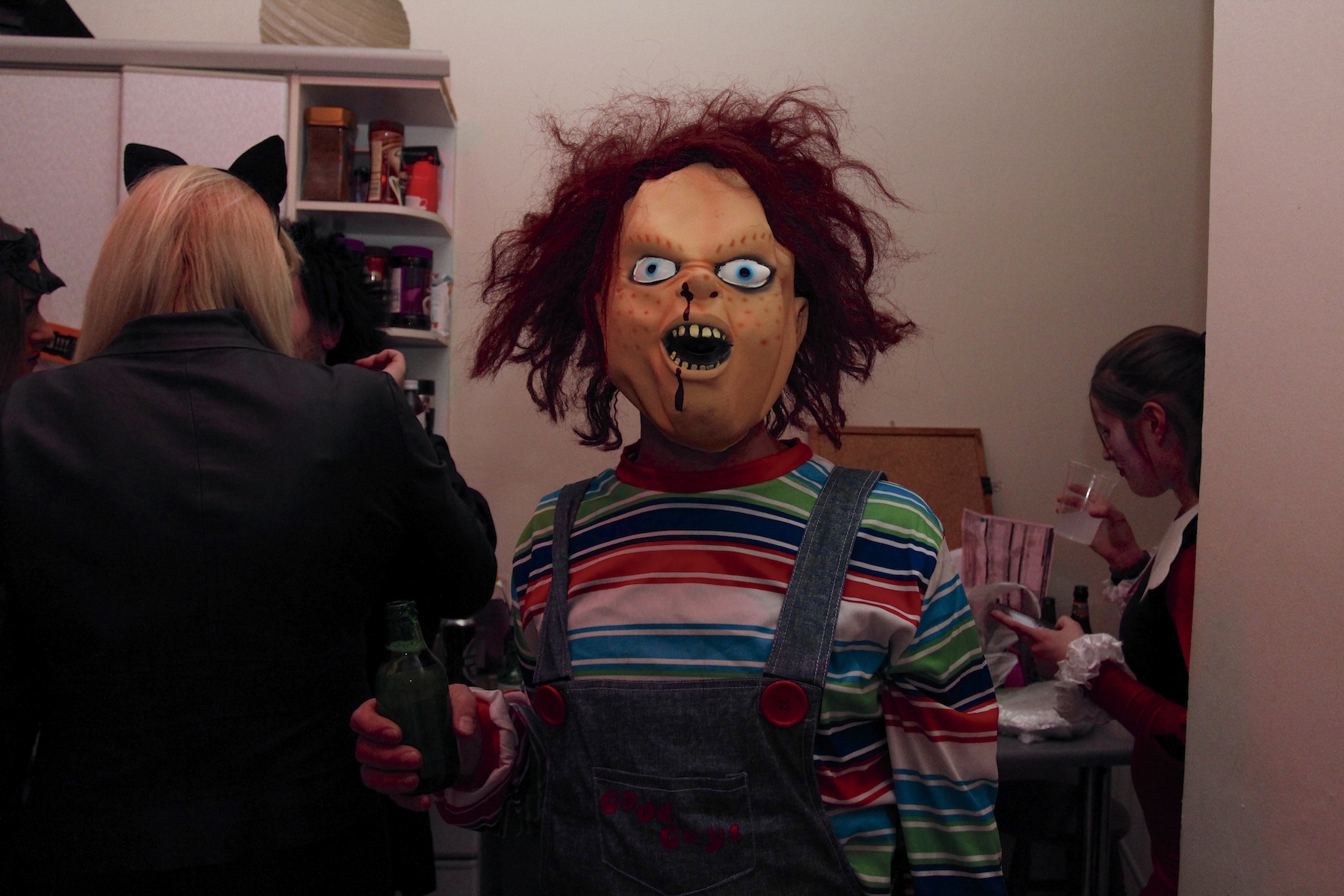 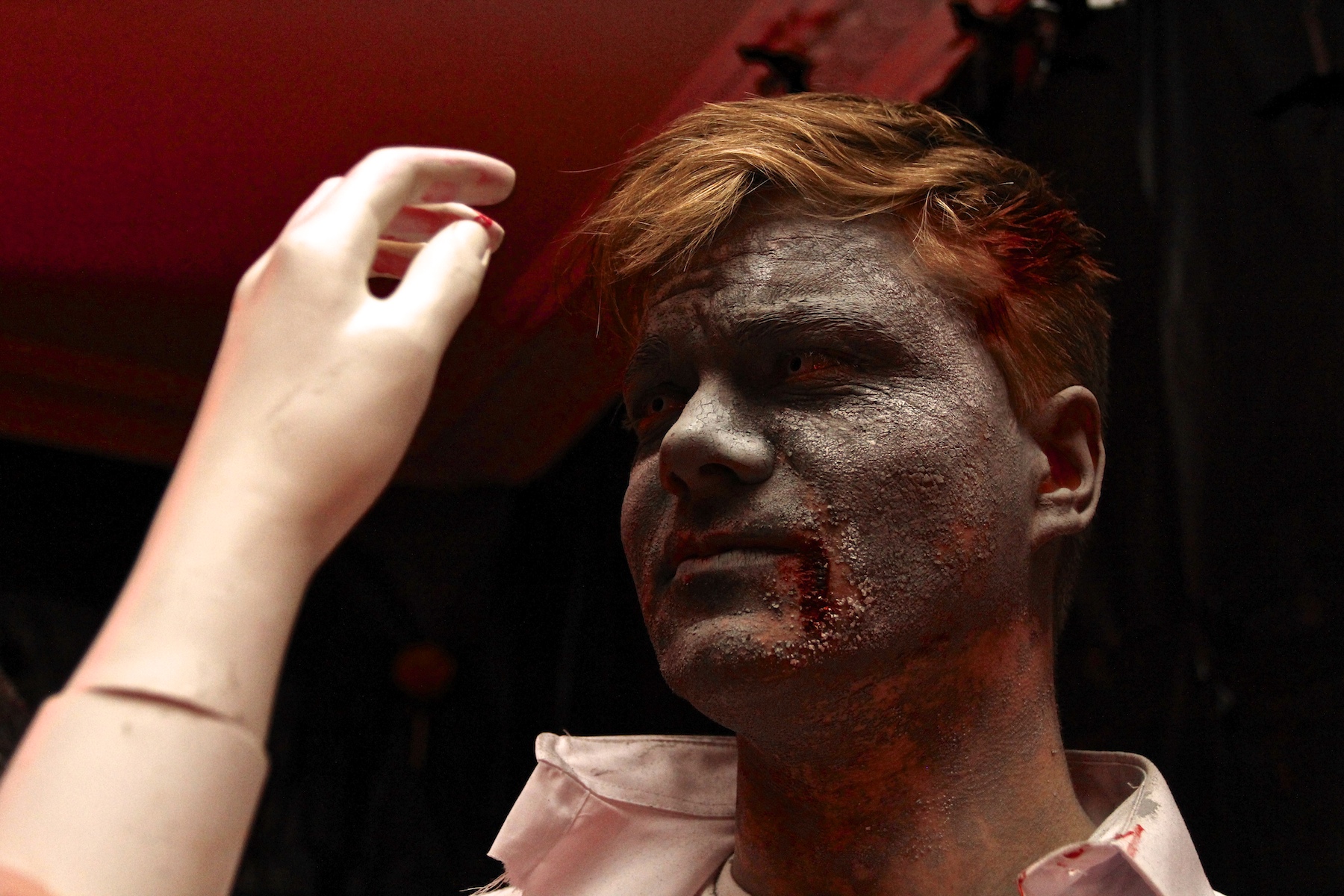 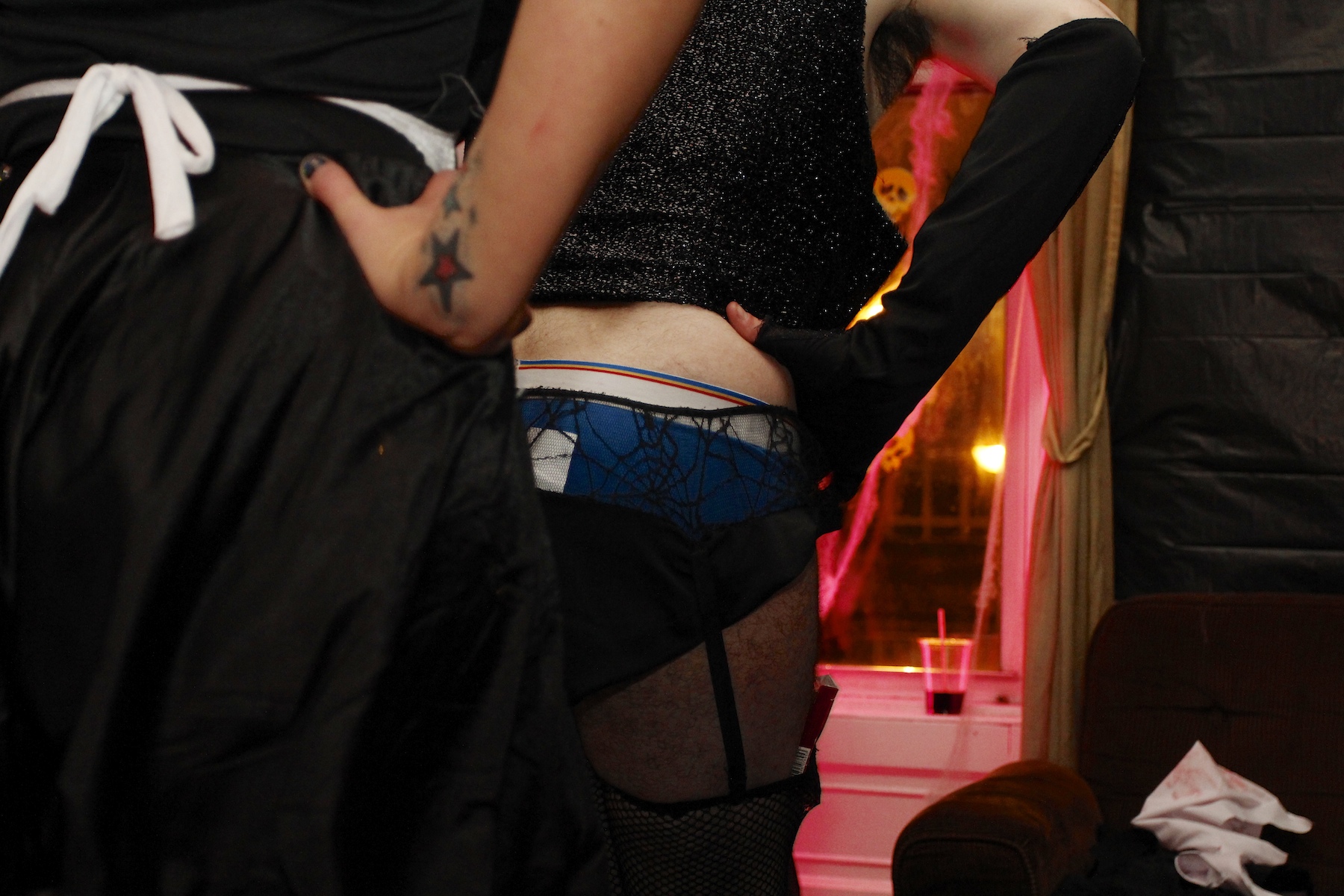 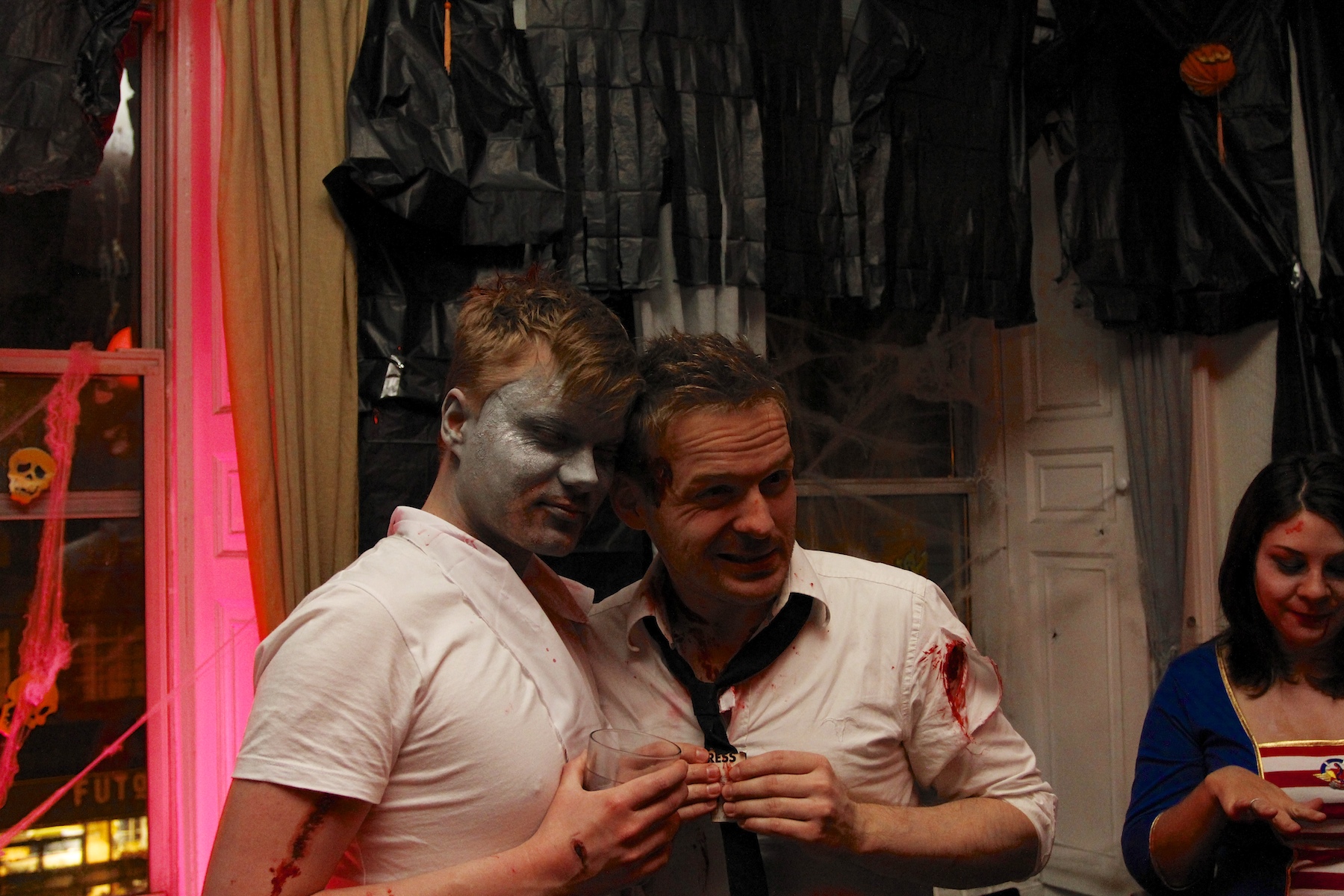