Most of my favourite Whiskies are from the Isle of Islay. The island is favourite for it’s very peaty and smoky tastes, some drams even said the be “tasting like medicine”.
Let’s start with the probably most known and popular of the Islay Malts: the Ardbeg 10 years old. Everything that leaves the distillery comes with the distinctive Ardbeg character, to ensure that the specification of malt used in the production requires to be at a minimum level of 50ppm phenol, one of the highest used on Islay. In comparison the mild Singleton of Dufftown – centrally located in the Speyside area of the Highlands on the other side of Scotland – sports a teeny phenol level of just 2ppm. 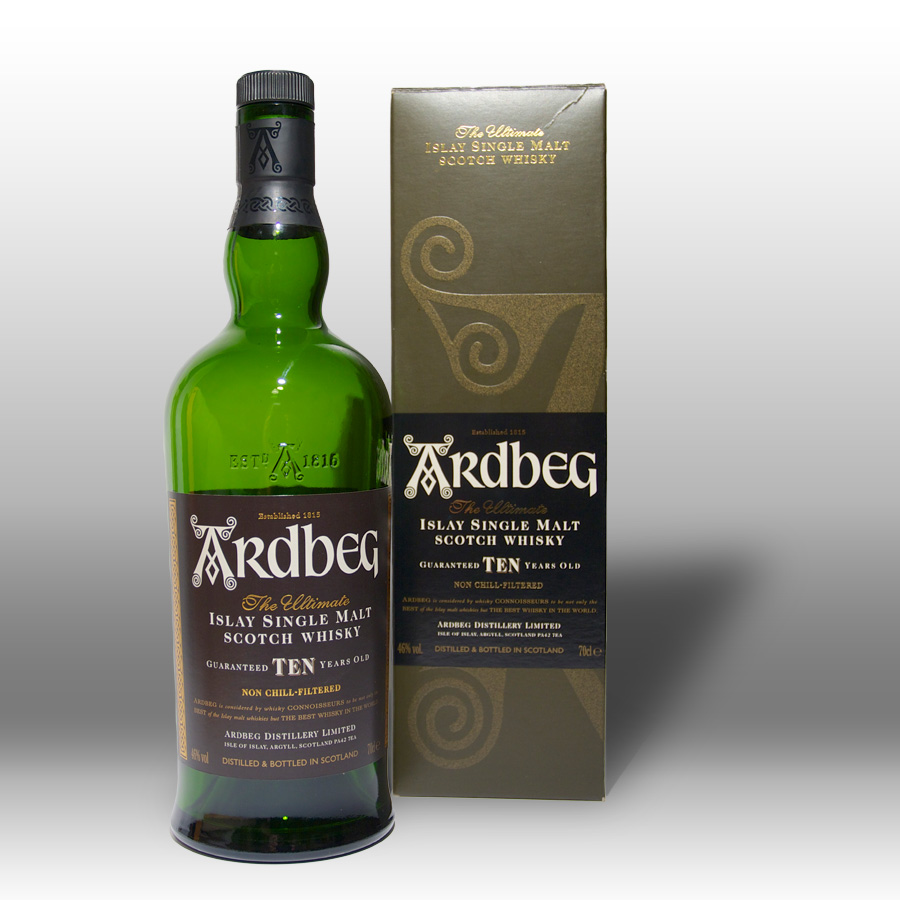 The Ardbeg Ten is by far not the toughest thing Islay (or the Ardbeg Distillery) has to offer but it is by no means a gentle taste either. Thanks to it’s entry-level pricing and broad availability the ten year old Ardbeg is an exuberant, in-your-face whisky that could quickly become a favourite for lovers of peat.

According to professional tasting notes it’s got a faint floral, soapy note that is of sweet peat, pepper and chilli. It’s palate is powerful, but with a balancing sweetness, starting off very mellow until the spices and peat come through.
I just like it a lot, the heavy, sometimes medicinal taste. And it’s sure to knock off the shoes of totally unaware visitors who’d like to try a sip for themselves. Nothing I would pair with dinner because it needs the whole stage to itself.

The distillery was established in 1815 and remained independent until 1977 when Hiram Walker (who also produce Ballantine) took over. They sadly demolished the best of the maturing warehouses. Later Allied Distillers took over management and, due to over production and the economic slump in the whisky industry, shut down Ardbeg completely. Until 1989 most of the buildings were allowed to fall into ruin.

Things changed when Glenmorangie Plc bought Ardbeg Distillery and invested heavily into refurbishment of the site. Ardbeg reopened in 1997 and is now one of the fastest growing Islay malts. 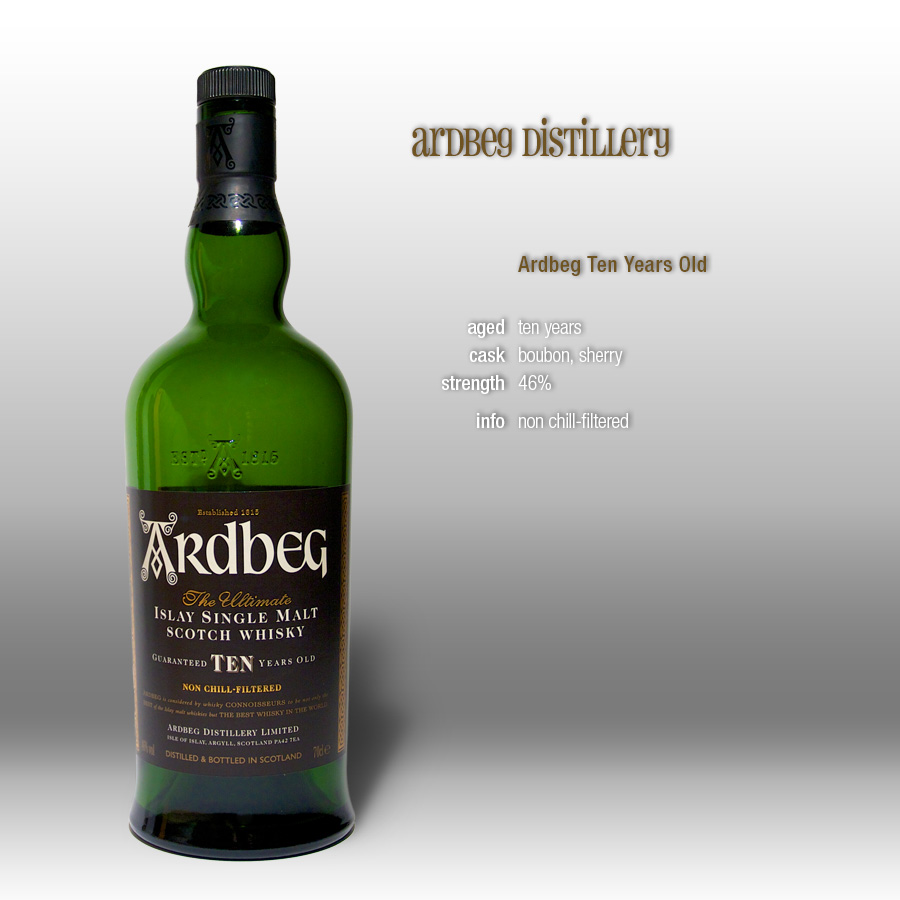